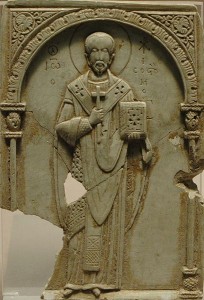 Imagine for a moment what the world would be like today if the Christian community had taken Chrysostom’s advice seriously and started forming ‘associations’ to ‘restrain the madness of inebriety’ starting in the fourth century! It saddens me to think that such an opportunity was missed. But it excites me to think that we are finally getting around to the task of becoming the kind of faith communities that might actually help someone ‘restrain the madness’.